The technical and scientific IGCP-659 meeting addresses the topic on the seismic risk assessment in Africa. Presentations and discussion sessions are programmed on some targeted capital cities for the hazard and risk assessment. This year 2020, the IGCP-659 working group will meet in Sousse, Tunisia alongside the 3rd CAJG in order to establish plans for practical activities related with seismic risk reduction in selected major cities in Africa.

The meeting will focus on the following topics:

1. The regional seismotectonic, seismic zonig and hazards in Africa.
2. The perspectives for the seismic hazard assessment and risk mitigation of selected African capital cities located in seismically active zones.
3. Test sites for a warning seismic system in Africa.
4. The Challenge of a Seismological Center in Africa: Virtual or Continental-based Scientific Infrastructure.

The program of the IGCP-659 meeting includes a field trip to sites with earthquake damage in the cities of Sousse and Kairouan. The field trip is planned on 29 October 2020 and will be open to IGCP-659 working group only. The field trip is sponsored by the National Office of Mines in Tunisia.


This IGCP-659 meeting in Tunisia is organized by:


This IGCP-659 meeting in Tunisia is supported by: 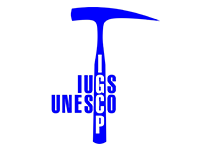 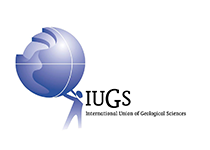 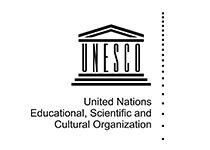 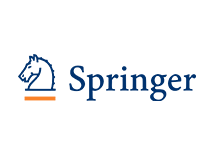 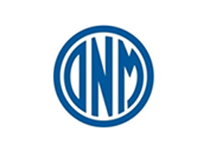 How to mitigate the seismic risk in Africa: a multidisciplinary approach

The technical and scientific IGCP-659 meeting alongside the 3rd Springer CAJG will address the topic of seismic risk assessment in Africa. Presentations and discussion sessions are programmed on some targeted capital cities for the hazard and risk assessment. The IGCP-659 working group will meet in Sousse in order to establish plans for practical activities related with seismic risk reduction in selected major cities in Africa. For more details, see IGCP-659 ANNUAL MEETING.

The course provides the basics and necessary explanations on how multidisciplinary but closely related interdependent themes in solid earth geophysics address the issue of seismic hazard and risk assessment, in either interplate and/or intraplate domains.

About 20 - 25 (maximum) attendees of mainly PhD students and young researchers are expected to attend this one-day course. However, senior participants are also welcome to attend.

The course will be based on 5 modules of 1h each (45' lecture, 15' exercise) except for module 5 which will be given in 2 h. We also will leave 1h at the end for a general discussion.

The course will be in English and will be based on the following 5 modules. Attendees will need a personal computer for the data treatment and exercises.

This first module will cover plate tectonics as it relates to the formation of the oceanic lithosphere and its mechanical behaviour, extension of such behaviour to the continental lithosphere of Africa, and relationship to earthquakes.

The mechanical behaviour of the lithosphere will be described in terms of the flexure of an elastic plate model, using the elastic thickness as characteristic parameter. This thickness will be compared to that of the seismogenic crust from which the continental lithosphere derives its effective strength. This will lead, based on considerations of continental rheology, to an analysis of the African competent lithosphere and its variation with the age of the crust or tectonic domains. Participants to the module 1 will be given an opportunity to estimate the thickness of the competent lithosphere in various crustal domains of Africa.


The realistic assessment and mitigation of geological and geophysical hazards requires the characterization of the main physical parameters and development of a database at the continental and regional scale. Therefore, the development of seismotectonic studies is a necessary step for the mitigation of earthquake disasters.

In this module 2, we address the synthesis of earthquake studies and active deformation that serve as a basis for hazard calculations and the reduction of seismic risk. All large and small infrastructure projects need a seismic hazard and risk assessment due to their important implications in the socio-economic environment.

Based on the local and regional studies, the characteristics of seismotectonic studies and earthquake geology are analyzed using the following items:

Finally, we focus on the integration of tectonic, seismic and geodetic data into the seismic hazard assessment.

During this class, I will describe:


1) different method of computations of focal mechanisms and seismic moment tensors.
What ’s a focal mechanism? And a seismic moment tensors? These data are a different way to describe a seismic source. When a earthquake occurs, it is possible to understand the kind of the fault and the type of motion that produced it, analysing the recorded seismograms
Focal mechanisms can be obtained using the polarities of P-wave first motion. This old method is still used mainly for low magnitude events. At present it is more diffused to compute seismic moment tensors through the inversion of seismic signals. Some methods, as for instance CMT, apply an inversion over body and surface waves simultaneously, some others use just a portion of the waveform train. We will see several examples worldwide or on a regional scale.

2) different catalogs available worldwide and for the Mediterranean region.
Several catalogs of seismic moment tensors are available worldwide and at regional scale. Worldwide, the most used and known catalog is the Global CMT Catalog, that includes CMTs for events with a Mw greater than 5.0 ooccurred all over the world starting from 1977. A well-known regional catalo is the European Mediterranean RCMT Catalog, that includes CMTs for events of moderate to great magnitude (Mw starting from 4.5) occurred in the Mediterranean region starting from 1997. After a description of these and other useful catalogs, we’ll do a roundup of focal mechanisms catalogs including informations on very old events, i.e. for the last century. A comparison between all these different dataset allows to introduce to their use and applications.

3) use of these data for seismotectonic and seismic hazard studies
As previously said, it is possible to understand the kind of the fault and the type of motion that produced an earthquake, analysing the recorded seismograms to compute a focal mechanism. A massive use of these data for a region that is active seismotectonically, allows to describe the prevailing tectonic style, the strain and stress field acting and which faults are more prone to activate. Out of the help in a description of the seismotectonic of a region, the seismic moment tensors may be the starting point to evaluate the tectonic style of future possible earthquakes. We will see some examples already applied in the Mediterranean region and in particular in Italy, to produce the most recent seismic hazard map.

The advanced development of the modern geodetic techniques has been proved to be more powerful to reveal the geophysical phenomena. Particularly GNSS (GPS) and InSAR are initially introduced to present their contributions in studying the seismic deformations with implications in the seismic hazard assessment.

InSAR and satellite geodesy are particularly utilized to reveal the surface deformation according to coseismic and interseismic stages of the seismic cycle. On the other hand, they have also significant contributions to investigate seismic cycle related slow crustal deformations such as postseismic transients and aseismic creep.

This 3rd module will focus on:
1) The global and continuous operations of geodetic techniques that provide us high-quality spatiotemporal measurements of pre-co- and postseismic deformation, and help us understand the spatial and temporal evolution of crustal motions. An effective way to study the temporal behavior is the generation of deformation time series.
2) Accordingly, InSAR and GPS time series will be presented as they allow us to determine the slip rates across continental faults in mm/yr resolution. The main contributions of InSAR and GPS are particularly on the determination of fault parameters, the distribution and partitioning of strain along faults, and the improvement of tectonic models.
3) The monitoring of surface displacements along active faults associated with dislocation modeling contributes to improve our understanding of the driving mechanisms behind earthquakes and the interaction between them.
Finally, attendees will test the knowledge of earthquake cycle using geodetic techniques as an important step, not only for the understanding of the short and long-term Earth deformation, but also for the seismic hazard assessment and the potential for the future earthquake generation.


In this 5th module, an introduction will be presented on the Probabilistic Seismic Hazard Assessment (PSHA) and its classical formulation. We will be starting from seismic source characterization towards recurrence models and Ground Motion estimation. Attendees will learn in details all PSHA steps that include:


The Seismic Risk Assessment (SRA) will be explained and will include:


This module will use open source software already installed on virtual machine and can be installed in students laptops. 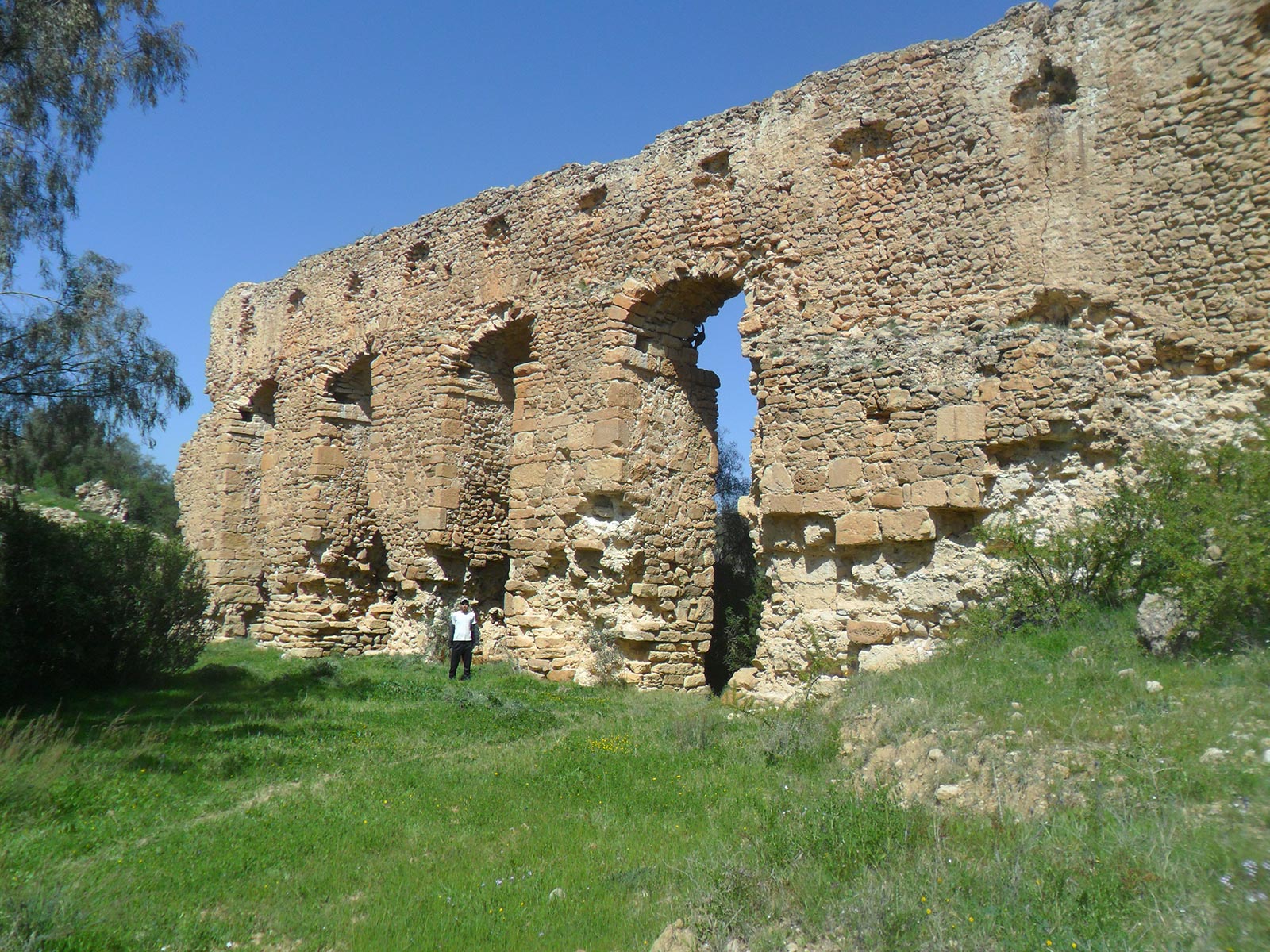 Recent field investigations conducted by the National Office of Mines in Tunisia in collaboration with the Institute of Earth Physics of Strasbourg (IPGS), and The National Institute of Heritage in Tunis “unearthed” historical documents that report the earthquake damage in Kairouan and Sousse areas during the 9th century (Bahrouni et al., 2020).

This one-day field trip on 6th November 2020 will present the main features, damage and neotectonic observations associated with the AD 859 earthquake in Kairouan and Sousse. The itinerary will include the following stops: